Kelly Epley, the President and Chief Executive Officer of Never Stop Digital and Never Stop Select Services, grew up in a team-focused household. His dad, Gene Epley coached college football. Among the colleges where Epley’s father coached were Utah State, the University of Virginia and West Point. Epley’s football upbringing contributes significantly to his leadership style. When asked about his successes, he cites his team mentality and ability to put talented people in the right places.

Epley had an entrepreneur’s spirit as a child.

“It [entrepreneur’s mentality] was there when I was young, but I didn’t know how to identify it,” Epley said. “I always needed to find a way to complete a task whatever the obstacle.”

At the age of 21, he maxed out a revenue goal with a company that would not promote him. Epley knew then that it was time to promote himself. He contacted the publisher of the Parkersburg News and Sentinel in Parkersburg, WV, Ed Kruger. After convincing Kruger to let him sell newspaper subscriptions over the phone, the Parkersburg Sentinel became Never Stop Inc’s (as it was called then), first client. With Epley’s sales numbers driving the newspaper revenue, Kruger agreed later to let Epley set up a call center within the walls of the newspaper. From there, Epley focused on his entrepreneurial goals and eventually graduated from the newspaper and started his own call center in the early 1990s.

“The 1990s were a time when newspapers were seeing limited layoffs, but still making high-profit margins in their business model,” Epley said. “I saw an unlimited opportunity with newspapers across the country desiring services to acquire new customers.

Though newspaper circulation remains stable, the rise of the digital landscape in the 2000s made many in the newspaper industry consider alternatives. Never Stop was no exclusion; In 2006, Epley progressed his business to become a multifaceted call center. While newspapers were and are still a large percentage of Never Stop Select Services clients, Epley realized that providing services like customer assistance, outbound sales acquisition and other merchant services to other industries presented an opportunity for Never Stop to grow. Epley attributes his maintained success to this progressive business style.

“My first company is now multifaceted. It has several different revenue streams, and that is important in an always-changing economy,” Epley said.

Epley continued this progressive mentality in 2016 when he started his second business, Never Stop Digital. Being in the newspaper industry taught him that digital was the future. In that, Epley saw another opportunity. He created a digital marketing agency in Wilmington NC with Never Stop Digital.

“Everybody does marketing but not how we do marketing,” Epley said. “Because the Internet is so accessible, many people think they know how to optimize a website for a search engine, create a successful email marketing campaign or a social media advertising campaign. It’s comparative to the industry of journalism. Back in the day, you had your newspapers and your networks, and they had journalistic integrity; they gave you quality news. Now anyone can start a blog and call it news. The Internet gave us a lot of great things, quality marketers and journalists were not among those great things.”

Epley refers to Never Stop Digital as the heroes of the digital marketing world.

“I started it to progress my business ventures and keep up with the times. Now I keep focused because businesses need someone like Never Stop Digital in the online marketing industry,” Epley said. “We’ve had many of our clients come to us saying they were taken advantage of in the past by marketers who couldn’t or wouldn’t do the work they said they would do for business owners.”

Knowing how it is to be a business owner is what keeps Epley motivated. With two successful businesses, he has some words of wisdom for the aspiring entrepreneur.

1. Setbacks are a choice

“I never really saw a setback, just a new challenge to complete my goal,” Epley said.

Along his entrepreneurial journey, Epley had a good amount of challenges: the employer who wouldn’t promote him despite reaching and going over revenue goals, the industry change that many saw as a setback to print media. With his football coach Dad’s teachings, he jumped all of the hurdles and landing on the ground more successful each time.

Epley states that he always knew where to put people in his businesses. The secret? He asked them where they wanted to be.

“Find out what their passion is upfront. Put people where they want to be, because they succeed where they are most passionate.”

3. Find a mentor with experience in your field

Epley advises young professionals who are starting out to find three people who have their own businesses and ask them specific questions about challenges.

“Industry peers are a good support team, but they come in with a different perspective because they don’t yet have the same risk tolerances that seasoned entrepreneurs do.” 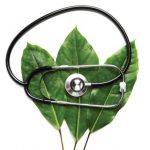 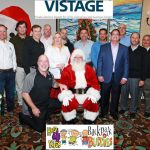 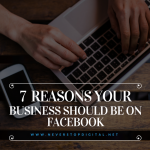 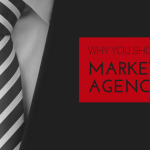 Why You Should Hire A Marketing Agency

Across the globe, 100 million businesses are launched annual